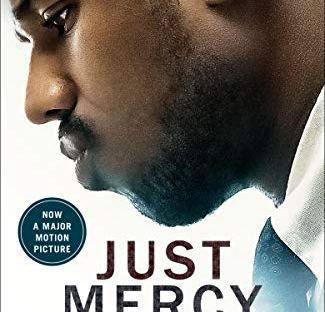 And because I love embarrassing myself, I’m sharing excerpts with you all. If you wanna know, I got an A on it (or at least I think I did because I remember being pleasantly surprised because I wrote it last minute). Enjoy!

Just Mercy: A Story of Justice and Redemption is a social commentary on the state of contemporary the American criminal justice system, specifically the disproportionate rates of vulnerable populations on death row. Just Mercy takes a look at the injustice in the criminal justice system and the dark side of America’s penal system. Stevenson argues there is injustice in mass incarceration, extreme punishment, and how we easily condemn the most vulnerable people due to fear, anger, and distance in America. Stevenson engages theory in his book through several case studies from his career as an attorney and in statistical data to form this narrative.

[Can you tell I was trying to increase my page count? I used to think I sounded so smart, but this paper isn’t even all that great]

While reading the book, one could draw parallels to The New Jim Crow by Michelle Alexander. The major theme of The New Jim Crow is an idea of a reinvented racial caste system operating through our criminal justice system. Alexander argues this racial caste system is a way to ostracize black people from fully participating in society by taking away their right to vote and branding them with an identity making it difficult to obtain employment and housing.

[I’ll be honest, I still haven’t read The New Jim Crow. I had to buy it for class, but I never actually read for class. I did actually read Just Mercy, and I picked it because I didn’t have to read it again]

There are several instances in Just Mercy in which social inequality is demonstrated. On an institutional level, there is the pattern of people of color and people with mental illness and intellectual disabilities being place on death row and receiving life sentences. The criminal justice system is the institution in which policies and practices place them in this situation. Laws and policies, such as the War on Drugs, are institutional tools creating the rates we see in these vulnerable populations.

[I actually wrote a lot about the criminal justice system in grad school. I’m not sure why because rape was my thing]

One of the most noteworthy individual level form of social inequality is in the story of Stevenson’s client, Walter, the main case study throughout the book. Walter was on death row for a crime he didn’t commit becuase a white man lied to police saying he was kidnapped and forced to drive the get-away car for Walter while he murdered a white woman. Police believed his story, despite Walter having an alibi for the time of the murder and other evidence proving he did not commit the crime.

[Did you catch that whole ass typo I left in there?? These selections are from the file I TURNED IN. You can’t see it (because I didn’t want to post the whole 1000 words), but I forgot to create another paragraph. The end was a hot mess]

Just Mercy is an interesting blend of narrative and social commentary from a legal point of view. Stevenson writes as if it is fiction, but the harsh reality is these are real people in which the criminal justice system failed. Stevenson suggests several solutions: get proximate to the problem, change the narrative of the issue, and stay hopeful. With these in mind, we can work toward successful prison reform.

Please don’t judge my life too much. Like I said, I got an A on this paper (probably because my teacher liked me, and she was my fav). I’m going to the movies now to forget about this shame I subjected myself to.